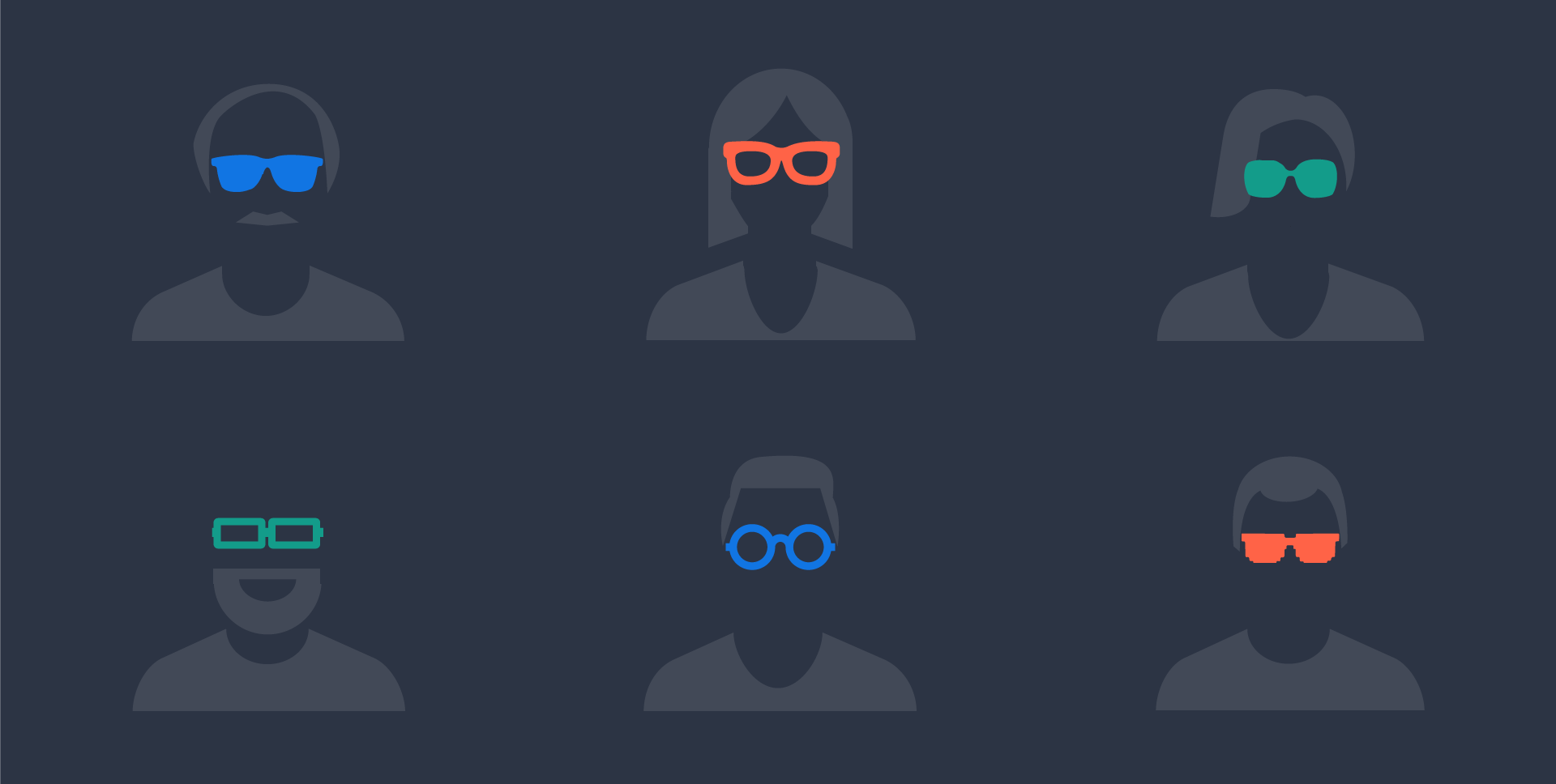 A question that is often asked is “Does wearing glasses affect the capabilities of facial recognition?” As with many things in life, the best answer to this question is an unqualified “maybe”.

The first thing that needs to be addressed is the difference between facial detection and facial recognition, as the reality is that glasses are more likely to have an impact on facial detection.

Facial recognition is about determining from a picture who somebody actually is. If you have a picture of a person, you want your software to be able to tell you with a degree of certainty the identity of that person, e.g. “this picture is of Bob Smith, Employee Number 123”, or “the girls in this picture are Amanda and Jane” or even “this security picture of a man entering the premises is of somebody unknown”.

Facial detection is the much more fundamental skill of determining whether there is a face in a picture at all. Obviously you can not have facial recognition unless you have already had facial detection.

A number of cameras, for instance, advertise that they have facial recognition technology. In reality they are only doing facial detection which enables them to draw a box around the faces (since they aren't identifying the person as Jane or Bob).

The Effects of Wearing Glasses

People wearing glasses provide a challenge to both facial detection and facial recognition software. Glasses, especially reflective sunglasses, can hinder an algorithm from finding the points of reference it needs when determining whether there is a face in a photo. If there has been no facial detection, there will clearly be no facial recognition.

Suppose somebody has already been enrolled in the system, based on a photo where they are not wearing glasses. A future attempt at facial recognition, using a photo of them with glasses, could easily confuse the algorithm as it attempts to compare the two pictures.

Every facial detection and/or recognition product uses a different algorithm. Many of these algorithms do recognise when people are wearing glasses. The 2D-3D algorithm at the heart of Kairos’ facial recognition, for instance, recognises glasses when they are worn, and builds them on a 3D generated face.

Prescription-type clear-lensed glasses will generally not be a problem for facial detection and recognition software. The key eye details are still visible. Even if they do cause some form of issue the software will continue to examine the other parts of the face, simply removing the occluded portions from its analysis. It is not uncommon for faces to still be detected and recognised with 30% occlusion.

The best algorithms in the world still have difficulties, however, when people are wearing dark or shiny sunglasses, that effectively hides the pupils of the eyes. This problem is particularly compounded when the glasses obscure and hide the distance between the eyes, which is a key part of many algorithms. Most facial recognition algorithms start by determining eye features first, comparing these against their pre-existing databases of images, before they move onto other facial features.

Of course, if there are already photos of a person wearing glasses in the system’s database, the chances of facial recognition are increased greatly. Although algorithms like Kairos’ have a high detection rate with just one photo in the database, they do perform better with more, and if there is a mix of photos with the subject both with and without glasses, this improves the chances of recognition even higher.

Use of Glasses to Hide from Recognition

There has been deliberate attempts by some people to avoid being recognised by this type of software. Celebrities, in particular, have tried to go incognito and avoid being recognised. Some people have real concerns about their privacy, and really do not want to be seen and have photos of themselves published online. These photos often include metadata about time and location.

Some simply wear dark and shiny sunglasses,and these often are effective enough at stopping recognition. Many facial detection algorithms will still pick these up, but that is of less of an issue to a celebrity wanting to avoid recognition.

There has been a recent invention by Japan's National Institute of Informatics who have come up with glowing glasses aimed to foil facial recognition (and indeed detection). These somewhat-odd looking glasses shine eleven infra-red LEDs (invisible to the human eye) at the wearer’s eyes and nose, which have the effect of totally confusing the facial detection software into thinking that there is simply a big bright flash in that spot, not a human being.

Of course, if you go around wearing the geeky-looking glasses that the current prototypes are, you will have plenty of recognition, with people staring strangely at you for your strange fashion tastes.

Got ideas about how you would use facial recognition?