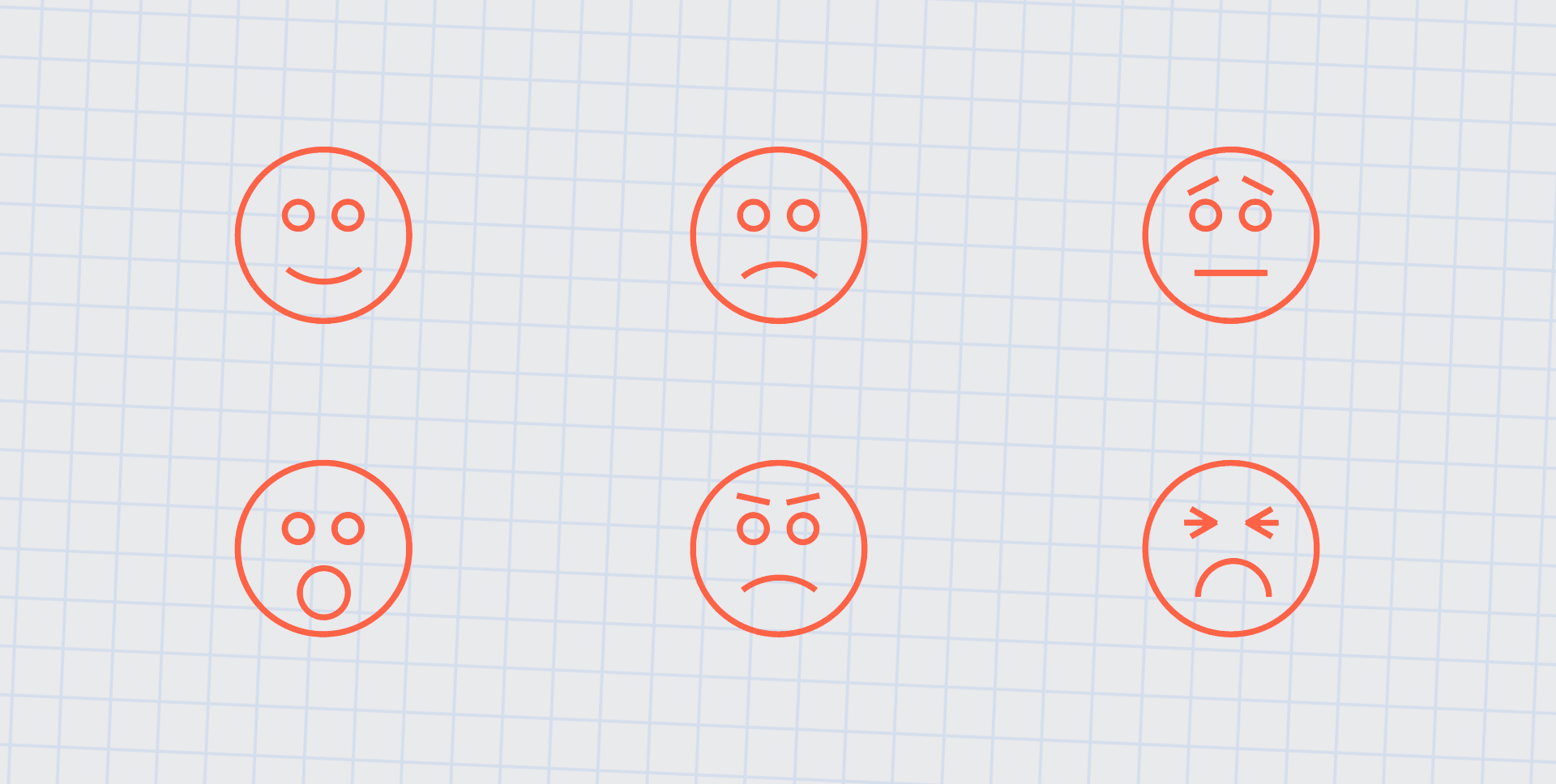 Charles Darwin wrote in his 1872 book, The Expression of the Emotions in Man and Animals that “facial expressions of emotion are universal, not learned differently in each culture”. There have been arguments both in favor and against ever since.

Several studies since then have attempted to classify human emotions, and demonstrate how your face can give away your emotional state. It has been argued that people are generally relatively skilled at telling another person's mood, simply by taking a glance at them.

The seminal research into the topic came from psychologist Paul Ekman, who pioneered research into emotion recognition in the 1960s. His team of scientists provided their test subjects with photos of faces showing different emotional states. The test subjects had to classify the emotional states they saw in each photo, from a predetermined list of possible emotions. Other research studies over the years have used similar methods.

There is a seventh emotion that is sometimes considered universal.

There is some dispute as to whether this is considered a universally recognized emotion. It is really a measure of anger and disgust, and was an additional emotion Paul Ekman added in the 1990s.

What about other obvious emotions we feel, such as guilt, shame, jealousy and pride? While we genuinely feel these as emotions, we do not tend to show clear and obvious expressions. That is probably why so many people are able to hide these emotions from those around them - the emotions often do not show on their faces at all.

Robert Plutchik who was an adjunct professor at the University of South Florida, basically agreed with Ekman's biologically driven perspective but developed his own model, called the "wheel of emotions". This suggested that there are eight primary emotions, grouped on a positive or negative basis: joy versus sadness; anger versus fear; trust versus distrust; and surprise versus anticipation. Theses basic emotions can in turn be modified to form complex emotions.

Over time, Ekman expanded his model and added additional emotions during the 1990s. As I have already stated, he somewhat controversially added contempt as a universal emotion, clearly visible on people’s faces. The other new emotions he recognized are: amusement, contentment, embarrassment, excitement, guilt, pride in achievement, relief, satisfaction, sensory pleasure, and shame.

Microexpressions often occur in a fraction of a second. They can, of course, be captured by high speed cameras and used for analysis.

Not everyone agrees with the concept of there being recognized human emotional expressions. Recent studies by the Interdisciplinary Affective Science Laboratory dispute the notion that there is a clear link between a human being's facial expression and his or her emotions.

Lisa Feldman Barrett has recently had concerns about the legitimacy of Ekman’s tests, because they use predetermined states. She believes that by providing the subjects with a list of possible emotions, this was effectively giving hints to them. Her team of researchers have run experiments where the test subjects had to describe emotions they see in peoples' faces without any prompts. The result was that they found it much more difficult to determine emotion from faces. They could determine positive emotion from negative emotion, but not much more.

Barrett therefore disputes the theory that emotions are universally recognized.

We have seen that the whole area of recognizing human emotions and microexpressions is actually a very complex field. There has never been complete agreement on exactly which emotions are clearly expressed in peoples’ faces, either as clear and obvious expressions or as microexpressions.

So, where does Kairos stand on this? How does the Kairos Emotion Analysis API work? Which emotions does it feel confident enough to look for and detect? My next blog, What is Emotion Analysis? will reveal all.